Tada! You can pan around and use the mouse wheel to zoom in/out. It should work fine on mobile too.

Thanks to SEP for being willing to host it.

Let’s examine some features to back up some of the claims I’ve made throughout the series.

The effects of high iteration limits

I stated that using higher minimum/maximum iteration limits made the Buddhabrot “cooler.” This is what I meant: 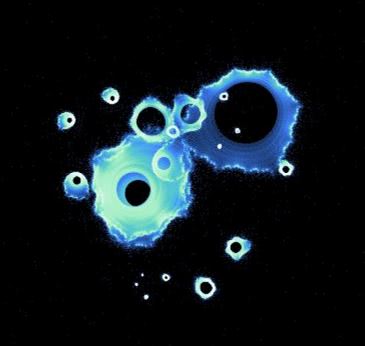 These odd raindrop-shaped objects and the other “swirly” features you’ll see aren’t really visible if you pick lower bounds. I think we are seeing the points swirl around in circles a while before they escape, although I haven’t investigated this further.

Remember how I intentionally didn’t mirror the output, despite the Mandelbrot set being symmetrical? This is a closeup of the middle “seam” (the line of symmetry runs vertically down the middle) : 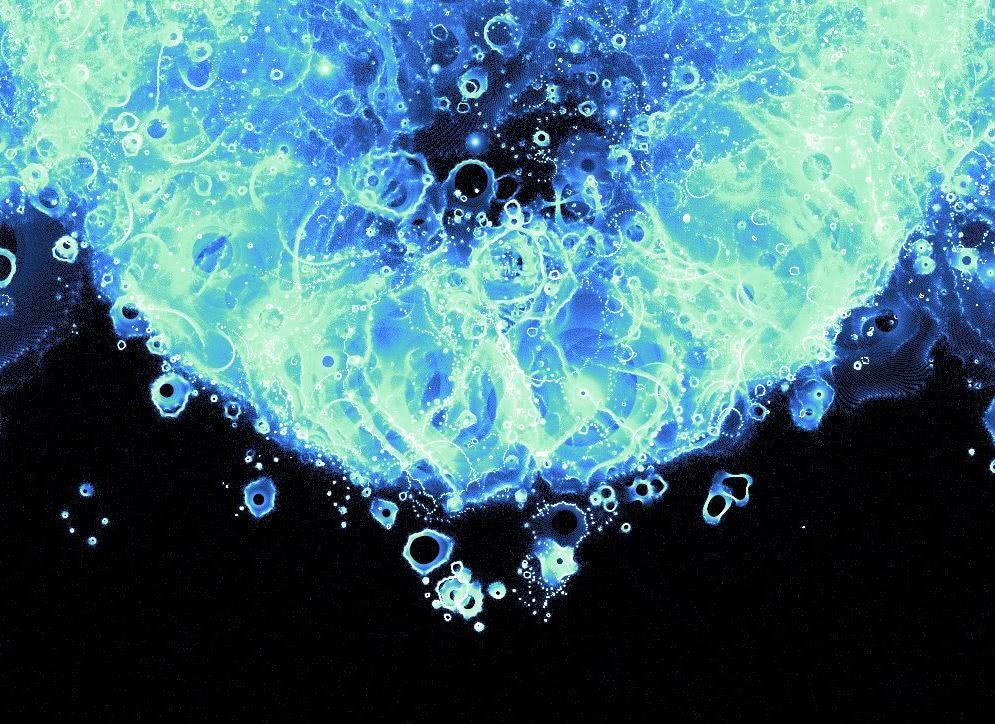 You can see that it’s not quite the same on both sides since we’re ultimately picking random points to plot. If we somehow managed to plot an infinite number of points it would look perfectly symmetrical, however. How many points you should plot is ultimately a subjective decision.

Also, philosophically I don’t like the idea of mirroring it. If I’m going through the trouble of generating gigabytes of images I want them to at least be different!

All throughout the Buddhabrot you can see these ghostly shadows fading into nothingness: 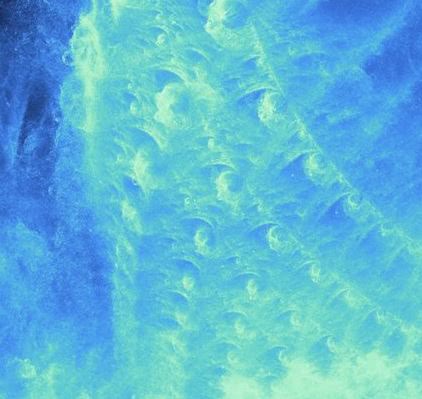 I don’t have much to say about them; I just think it looks cool 😊

Towards the top you can see the “heart” of the Buddhabrot: 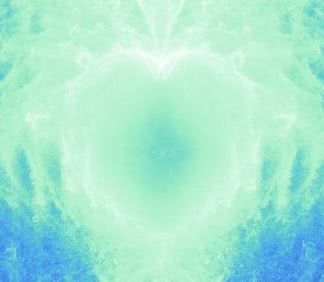 If you scroll up from this point you’ll see smaller and smaller versions of it - there is an infinite number of hearts!

Effects of the number of points

As you explore the Buddhabrot, you’ll come across a lot of smaller, less detailed versions of the whole: 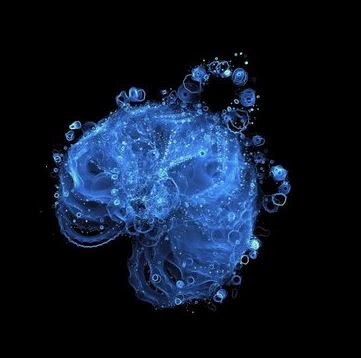 If I had plotted the trajectories of, oh, maybe an order of magnitude more points, some of the these smaller versions would look a whole lot closer to the bigger one. Each of these small copies (even the teeny ones with barely any detail) are exact copies of the whole. If you somehow plotted an infinite number of trajectories at infinite zoom levels, you could keep zooming into these smaller versions and never find the bottom…

Despite my best efforts, there are some areas that just don’t show a lot of detail. This is most notable around the origin: 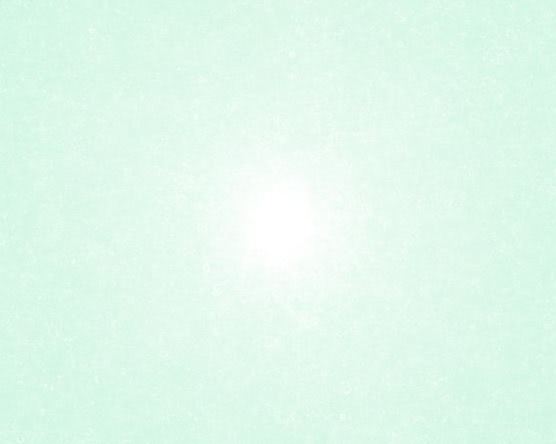 I’m not sure there really is more detail to show around this area, but it still feels a bit unsatisfying…

All the code for this can be found on GitHub if you’re curious. I feel like I need a disclaimer here, however… At some point I got pretty sloppy with it (tons of hardcoded things, etc) because the code is really just a means to an end, not the end result. After coming back to it a year later I felt the pain from that because I couldn’t find anything and didn’t remember how to run any of the steps. Just the perils of a mostly solo hobby project, I guess.

Am I done with the Buddhabrot? A year ago, I would have said “probably.” However, preparing for the talk got me thinking about it again, and there’s still some areas that could be improved…

We’ll see what/if I decide to do…

What I’ve hoped you’ve taken away from this series is: